In preparation for the next phase of combating the coronavirus—re-opening the country—President Trump met with Texas Governor Greg Abbott today to discuss the ongoing efforts the Lone Star State is undertaking to defeat COVID-19.  It was under President Trump’s leadership that the economy soared to unprecedented heights before it was artificially interrupted by the virus, and he is clearly the leader to build it up a second time.
Governor Abbott recently said, "Just as we united as one state to slow COVID-19, we must also come together to begin rebuilding the lives and the livelihoods of our fellow Texans."
There is no doubt that the economy led by the President defied all expectations and projections—he truly is the ‘Jobs President’ and is best suited to restore our economy. Under his leadership, Texas added 936,000 jobs and the unemployment rate fell to 3.5 percent before the economy was artificially interrupted. His record of building the American economy to unprecedented heights is even more striking now as the nation takes bold steps towards putting the coronavirus behind.
Contrast his success with Joe Biden who previously oversaw the slowest economic recovery since World War II as Vice President and it is even clearer what a poor choice Biden would be to get America’s economy roaring back to life. From his job-killing Green New Deal, to his support for TPP and NAFTA, to his promise to raise taxes on the middle class, Biden’s horrific record and socialist proposals render him unqualified to lead in a time of economic crisis. 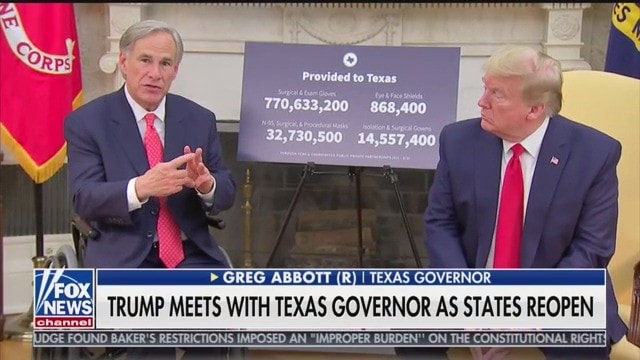