The Presidential Preference Primary in President Trump’s home state of Florida today put him above the delegate threshold to become the presumed 2020 Republican nominee for president in a primary season that saw him shatter records for vote totals and vote percentages. With Florida’s 122 delegates awarded to the President, he has 1,330 delegates, above the 1,276 needed to win the nomination. 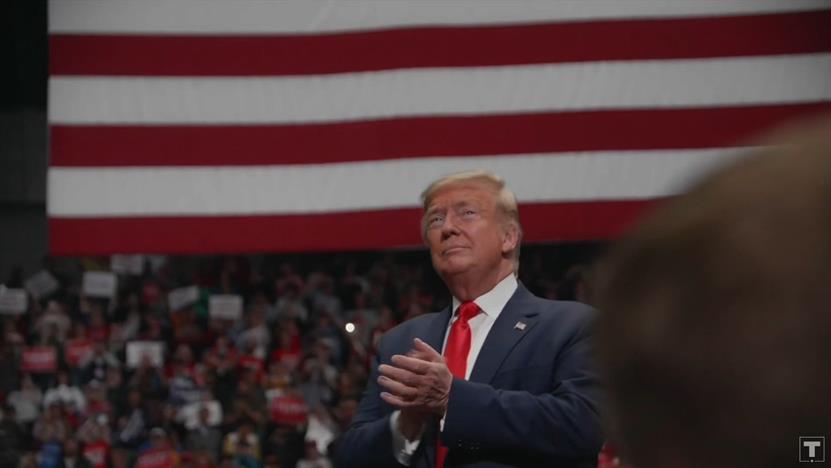 ​CLICK HERE TO WATCH "TRUMP: PRESUMPTIVE 2020 REPUBLICAN NOMINEE"
“The Republican Party is more unified and energized than ever before and it’s because of President Trump’s leadership and clear record of accomplishment on behalf of all Americans,” said Brad Parscale, Trump 2020 campaign manager. “As his response to the coronavirus has shown, and as the broad and strong economy demonstrates, the President wakes up every day putting America first in every decision he makes. And voters have responded.”
Counting vote totals from states which have held primary contests so far, President Trump has earned at least four million votes more than the previous record for total votes cast for an incumbent president in those same states, held by former President Bill Clinton in his 1996 re-election campaign. President Trump set vote total records in the following states which have had primary contests so far in 2020: Alabama, Arkansas, Colorado, Iowa, Maine, Massachusetts, Michigan, Minnesota, Mississippi, Missouri, New Hampshire, Tennessee, Texas, Utah, and Washington. For example, Trump won 1,889,006 votes in Texas, easily besting total votes for recent previous presidents running for re-election: Barack Obama (520,410), George W. Bush (635,948), and Bill Clinton (796,041). In Michigan, Trump received 639,143 votes, compared to 174,054 for Obama and 265,425 for Clinton (In 2004, there was no Republican Preference Primary election in Michigan).
The President also set records for percentages of the vote in state after state, even considering incumbent presidents of either party running for re-election. As an example, Trump won over 97 percent of the vote in the Iowa caucuses, a record share of the vote in a year of record Republican turnout. In New Hampshire, President Trump won nearly 86 percent of the vote, better than Obama (2012), Bush (2004), and Clinton (1996) received in their re-election years.
President Trump will formally become the Republican nominee at the Republican National Convention in Charlotte, North Carolina in August.
Are you looking for a shipping solution? Maybe you need to change freight carriers? Find out what the hard working and reliable people at Team Worldwide can do over land, sea and air​