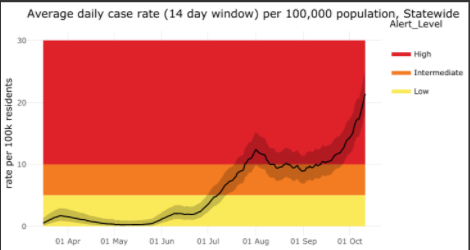 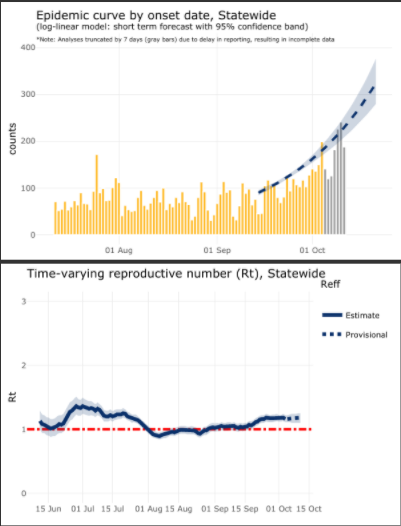 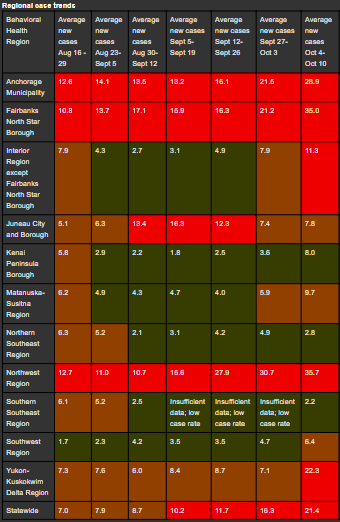 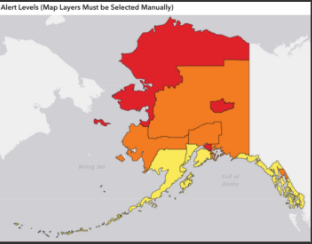 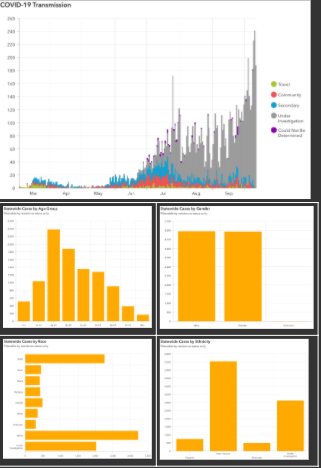 
Includes data from all cases reporting one or more races. Based on these data, American Indian and Alaska Native as well as Native Hawaiian and Pacific Islander populations are disproportionately affected. One factor limiting interpretation is that a greater proportion of tests from the Alaska Native Tribal Health system currently have race indicated than tests from other sources, which may mean that cases in Alaska Native People are more likely to be reported as such than cases in people who receive care through non-tribal health systems. However, this should not significantly impact Native Hawaiian and Pacific Islander population case counts.
If race or ethnicity is not identified with the initial test, contact tracers will attempt to collect this information, but these data are often delayed resulting in many cases still labeled under investigation or unknown. Additionally, people who are hospitalized or have died with COVID-19 are more likely to have a race identified. Because many cases that previously had unknown race or ethnicity now have an identified race or ethnicity, numbers of cases in different race and ethnicity categories have increased since last week beyond the number of new cases, so these numbers affect both newly diagnosed and newly categorized but previously counted cases. ​ 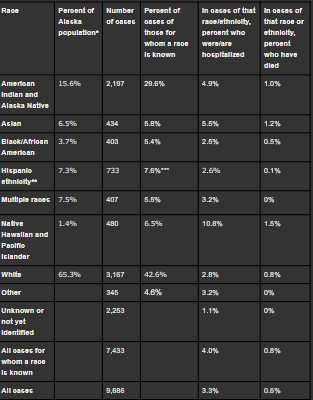 
Includes data from all cases. For all ages, the percent of cases in that age group who have been hospitalized or who are deceased is either the same or decreased from last week. Hospitalizations and deaths tend to lag new cases by several weeks, so we expect to see case numbers rise (and percentages therefore fall) well before we see substantial increases in hospitalizations or deaths. ​ 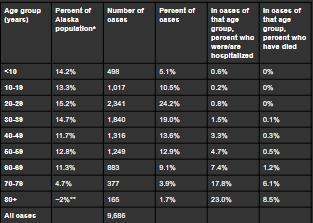 *Based on US Census Bureau 2019 estimates via Census Reporter: https://censusreporter.org/profiles/04000US02-alaska/ 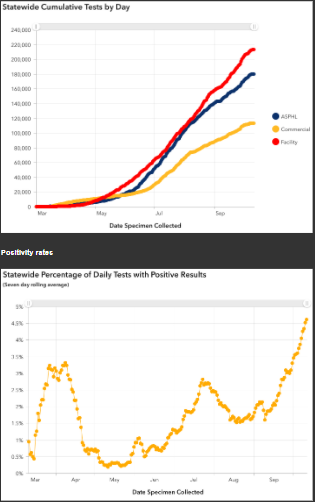 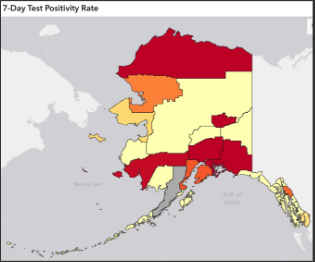 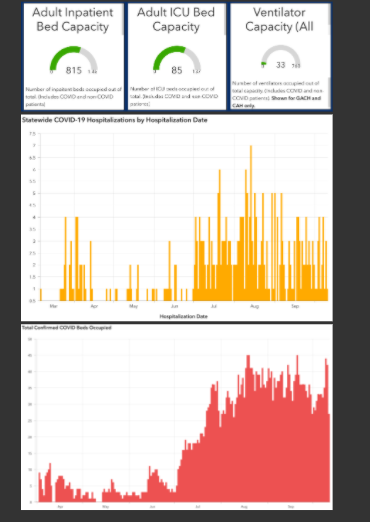 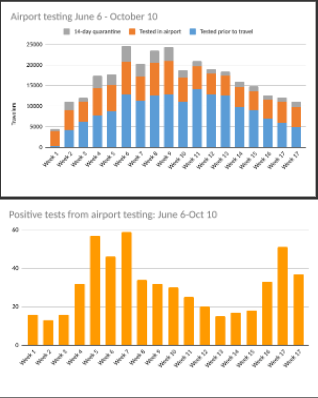 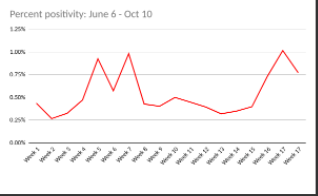 What Alaskans should do

Further information
Are you looking for a shipping solution? Maybe you need to change freight carriers? Find out what the hard working and reliable people at Team Worldwide can do over land, sea and air​