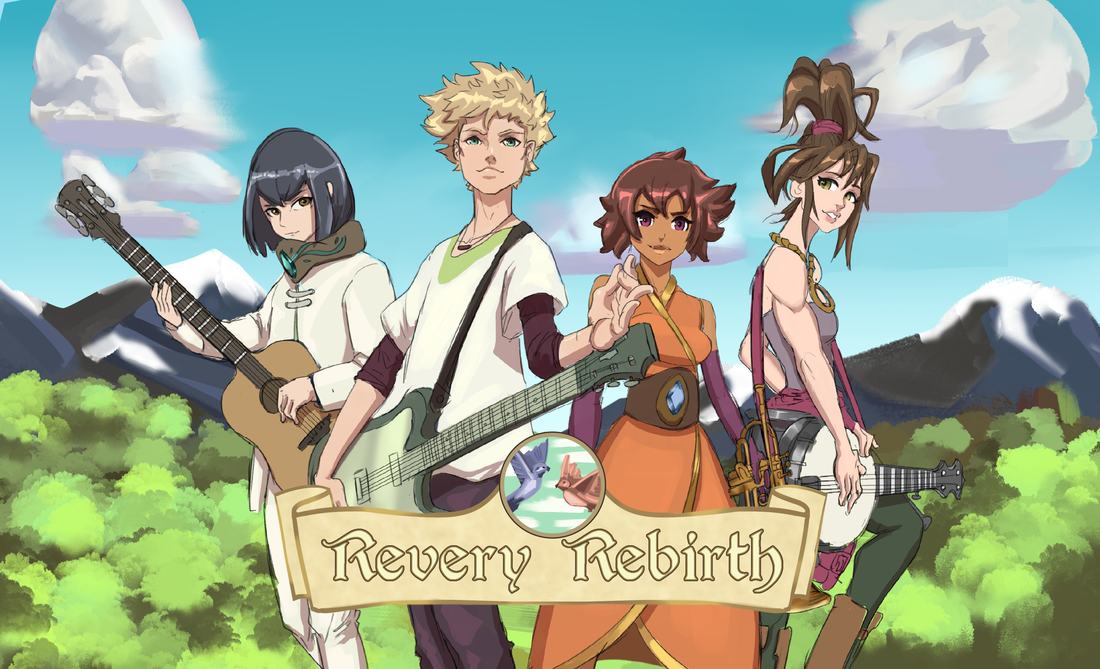 A Role Playing Game with the soul of music by RatBird Games
NYC based indie game developer RatBird Games announced it will be crowdfunding their musical fantasy RPG “Revery Rebirth” through Kickstarter on September 3rd, 2019.
​In Revery Rebirth, the player will take control of a young man named Ares in a world where music holds real power as magical energy. After discovering an ex-bandmate’s role in a disastrous event, the player will recruit a new band and set off across the world of Caarmellum, playing music to cast spells, solve puzzles, defeat foes, and reveal the nature of the world.

In Revery Rebirth, music is the magic that weaves the very fabric of the world. Every aspect is built with music in mind, including rich lore and world-building, indicating it’s depth in our nature. The player will discover many other musicians on their journey, each with their own stories, their raw emotion evoked in the songs they write, impacting the world in great ways. The major narrative of Revery Rebirth is a story of the consequence of action. It focuses on the human element present in life. Nobody is evil – each antagonist has justifiable ideals, and seeks to change the world, answer questions, and survive. It is up to the player’s band to
determine what is right and what is wrong.

About RatBird Studios
RatBird Studios was founded in NYC by Michael Elmquist. As an avid Role Playing Game fan growing up, he seeks to add his voice and perspective to the indie game industry with vivid narrative driven titles. The first of these is Revery Rebirth, which also focuses on his love for music and his desire to blend that passion with video game structure. He works alongside a
talented programmer so he can spend most of his time focusing on the audio, story and visual content for Revery Rebirth.

Features
• Turn-based battles with music based combat.
• Songs and motifs written for different instruments for all of the characters.

• Complex element system for heightened strategy in battle.
• Music theory based puzzles, creating new types of ways to solve puzzles while also
educating the player.
• LGBTQ+ characters and narratives that omit tropes and stereo-types.
• Sprawling soundtrack written by Michael Elmquist as well as original songs by other
musicians.
• Thousands of original pixel art assets, all hand crafted.
• Character arcs that focus on several versions of the human condition.
• A complex linear narrative set across an immersive fantasy world.
Grab your guitar and begin your musical journey! Revery Rebirth is funding on Kickstarter on September 3rd.
Are you looking for a shipping solution? Maybe you need to change freight carriers? Find out what the hard working and reliable people at Team Worldwide can do over land, sea and air
​