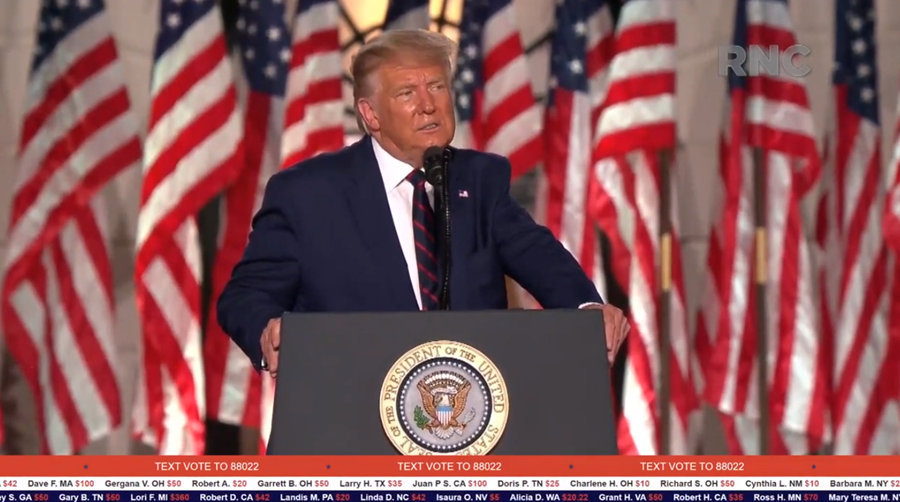 Click to watch President Trump detail 2nd term agenda
Building on the phenomenal success of his first four years in office, President Trump laid out a clear agenda for a second term during his nomination acceptance speech at the Republican National Convention on Thursday. Capping a convention in which viewers heard from real Americans whose lives have been improved by Trump policies, the President drew a clear roadmap for four more years of achievements on behalf of all citizens.
President Trump’s record and plans for the future further illustrate the stark contrast between his optimism and vision and Joe Biden’s 47 years of failure in Washington and destructive proposals crafted by the extreme left. Over the coming weeks, the President will be sharing additional details about his plans through policy-focused speeches on the campaign trail.
President Trump: Fighting for You!
JOBS
ERADICATE COVID-19
END OUR RELIANCE ON CHINA
HEALTHCARE
EDUCATION
DRAIN THE SWAMP
DEFEND OUR POLICE
END ILLEGAL IMMIGRATION AND PROTECT AMERICAN WORKERS
INNOVATE FOR THE FUTURE
AMERICA FIRST FOREIGN POLICY