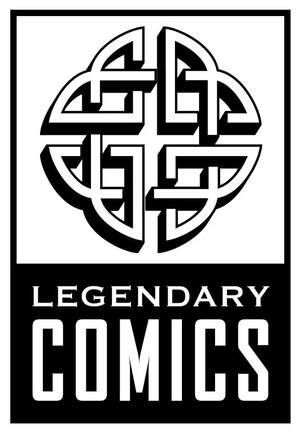 ​Eisner Award-nominated writer James F. Wright to Join Upcoming ‘Legendary Comics 2019 and Beyond’ Panel at Emerald City Comic Con on Thursday, March 14
​LOS ANGELES, March 13, 2019 – Legendary Comics joins forces with Eisner Awardnominated writer James F. Wright (Contact High; Nutmeg) and artist Liana Buszka to continue their captivating self-published saga, LUPINA, a six-chapter story about mothers, daughters and wolves. In the coastal town of Kote, recently brought under the yoke of the Addalian Empire, four-year-old Lupa spends her days getting bullied by her older sister and hiding behind her mother's skirts. But when tragedy strikes, Lupa finds herself alone in a new world... alone until she's found by the she-wolf, Coras, and sets off on a journey of discovery...and revenge. Set for release in early 2020, Legendary Comics will launch two new volumes, each comprised of three phases. Follow Facebook.com/LegendaryComics for the latest news and updates.

​“When we read Phase One of Lupina, we knew that it would be a perfect fit for Legendary,” said Robert Napton, Senior Vice President of Legendary Comics. “James and Liana have created a deeply personal character journey that is set against an epic landscape. We are thrilled to bring fans the next chapters of Lupa and Coras’ story.”

“After Liana and I worked on our own, in fits and starts over many months on the journey of orphaned Lupa and her wolf companion, we're over the moon that Lupina officially has a home at Legendary Comics,” said Wright. “We cannot completely express how happy we are to have their support and encouragement, enabling us to tell the story as we had always planned for it to be told. And, I'm personally excited that so many more people will get to experience Liana's breathtaking artwork, which is truly something to behold.”

“Four years ago, when a mutual friend in comics brought James and me together in front of the idea for Lupina, I leaped,” said Buszka. “The concept tugged at my heart. It was clear that this opportunity would change my life for the better, whether as a self-published portfolio project, or as in our dreams, more. I’m grateful for James as both a skilled writer, collaborator, and a dear friend. We are beyond thrilled and thankful for the official home Legendary Comics has provided for our beloved wolf-girl. I’m not sure I’ll ever get over how wonderful this is. We can’t wait to share more of the story of Lupa and Coras.” Fans attending Emerald City Comic Con are invited to join the Legendary Comics team and Lupina comic scribe James F. Wright as they share secrets about upcoming comic releases at the “Legendary Comics 2019 and Beyond” panel on Thursday, March 14, 2019 from 1:30pm – 2:30pm in TCC L3-R5.

About the creators:
James F. Wright is a comics writer from the "Oregon Trail Generation" interested in, among other things, exploring genre by centering underrepresented heroes. In 2018, he was nominated for an Eisner Award with Josh Eckert for the queer sci-fi action love story, Contact High, as well as contributed the kids-with-jetpacks short “Thrustfall” with Rashad Doucet to the Eisner Awardwinning anthology Elements: Fire. In addition to these, he recently completed the teen crime baking saga Nutmeg, with Jackie Crofts; a horror take on Little Miss Muffet, The Whey of All Flesh, with Josh Eckert; and a solo adaptation of a memoir on the intersection of crime and fashion called Foxglove. He's repped by First Friday Entertainment, lives in Los Angeles, thinks about ramen and cookies more than is healthy, and will gladly pet your dog and/or cat should they be available.

​Liana Buszka is an Indianapolis based illustrator with a passion for comics, striving for the most effective narrative imagery in each panel and page layout. They illustrate for passion project Lupina, a comic brainchild created with writer James F. Wright. In 2018, they contributed artwork to the comic anthologies Comic Book Slumber Party: Escape From Bitch Mountain and Mine!: A Comics Collaboration to Benefit Planned Parenthood. They occasionally obtain the privilege of illustrating Indianapolis courtroom hearings. In addition to these projects, they enjoy painting in either watercolor or oils. Their traditional medium of choice is ink and a brush. After a full day of drawing, they enjoy refueling with a delicious home-cooked meal, or a special occasion Big Bowl of Ramen or Pizza with Vegan Cheese. They enjoy Satoshi Kon films, heavy lifting and long walks with a poodle.

About Legendary Comics: Legendary Comics was born out of a passion for mythic entertainment, seeking out new talent and working with the best and the brightest in the industry to create transportive worlds, inspirational characters, and spectacular adventures that leap off the page. Founded in 2011, Legendary Comics has produced an exciting catalogue of original titles that continues to grow and evolve. From partnerships with industry legend Frank Miller to Grant Morrison’s Eisner-nominated Annihilator, Legendary Comics has a passion for innovative new stories, including Marc Guggenheim’s The Adventures of Jonas Quantum, the fantasy action series A Town Called Dragon, and Jessica Chobot and Erika Lewis’ hit webseries, Firebrand: The Initiation of Natali Pressano. In addition to original titles, Legendary Comics also expands the scope of the cinematic universes of its parent company Legendary Entertainment, by bringing bigscreen adventure exploding onto the comic book page. Working with the visionary filmmakers and the architects of Legendary’s Monsterverse, they have delivered the level of quality and authenticity our fans demand with New York Times best-sellers such as Godzilla: Awakening and Pacific Rim: Tales From Year Zero, and Skull Island: The Birth of Kong, to name a few. http://www.legendary.com/comics