“New Mexico voters are ready to Keep America Great,” said Brad Parscale, Campaign Manager for Donald J. Trump for President Inc. “Vamos to Victory, along with our rally in Rio Rancho, demonstrate the incredible energy surrounding President Trump’s re-election campaign. An amazing 40 percent of our rally registrants were Latino, proving that Latinos are well-represented among New Mexico residents benefiting from President Trump’s policies. More than 37,000 jobs have been created in New Mexico under President Trump, resulting in the lowest state unemployment level in over a decade. The forgotten men and women of New Mexico are finally being heard and are winning with President Trump. Our work today and throughout Election Day 2020 will deliver the Land of Enchantment to President Trump in 2020.”

“Vamos to Victory” is a month-long series dedicated to celebrating Hispanic Heritage Month. Throughout the month, the campaign will travel the country and connect with voters to celebrate their historic accomplishments and rich cultures and traditions.
​
“Democrats take the Latino vote for granted, but the Trump campaign is determined to earn it,” said Coalitions Director Hannah Castillo. “We’re 412 days away from Election Day and putting in the work to reach out to every voter. All Americans have benefitted thanks to the historic results and accomplishments of President Trump’s time in office. The choice for America is clear compared to Democrats’ agenda of tax hikes and the government-takeover of healthcare.” 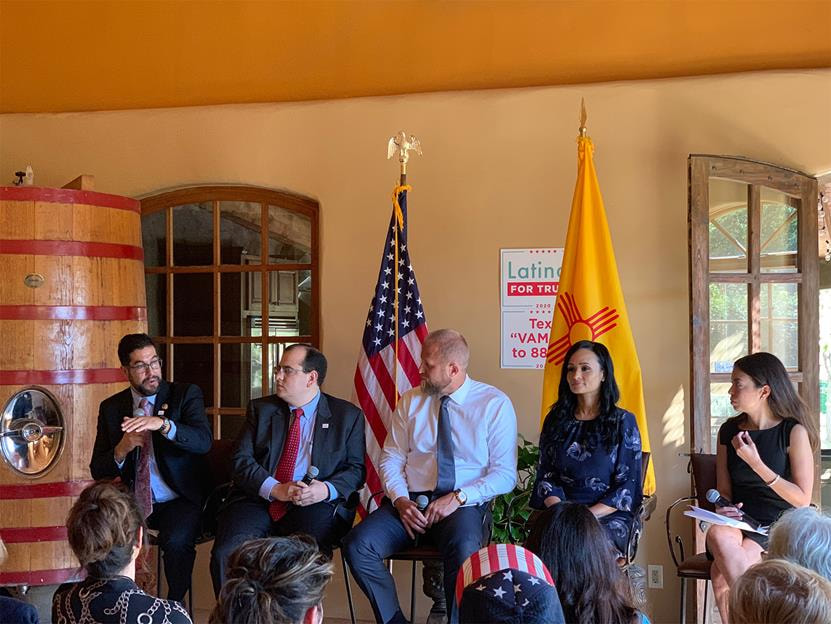 Latinos for Trump is leading a national grassroots effort to recruit and train supporters ahead of the 2020 election. Latinos for Trump will champion the President’s message of “Promises Made. Promises Kept.” across the country and, together with Trump Victory, welcome a wide array of new voters into the GOP. Utilizing unprecedented data and field operations, Trump Victory is successfully identifying communities and activists to secure another term for President Donald J. Trump and victories for Republicans at all levels.
Are you looking for a shipping solution? Maybe you need to change freight carriers? Find out what the hard working and reliable people at Team Worldwide can do over land, sea and air
​